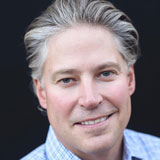 Andy Christensen has spent his entire career focused on developing and expanding the medical applications of 3D Printing/Additive Manufacturing. From 2000 to 2014 he was the Founder and President of Medical Modeling Inc., a medical device-focused 3D Printing service bureau based in Golden, Colorado. Medical Modeling worked closely with surgeons and medical device manufacturers to create entirely new toolsets in the areas of patient-specific anatomic modeling, virtual surgical planning, personalized surgical guides/implants and applying metal 3D printing to orthopedic implant applications. In 2014 Medical Modeling was acquired by 3D Systems and became a cornerstone of their Healthcare business. Andy left 3D Systems in 2015 to pursue other interests. Today he serves in a few roles, including Adjunct Professor in the Dept of Radiology at the University of Ottawa and in the leadership of the RSNA (Radiological Society of North America) Special Interest Group on 3D Printing. Andy has been an active SME member since 1998. He received SME’s Industry Achievement Award in 2009 and was inducted into SME’s College of Fellows in 2019.