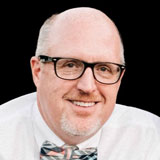 CEO
Boston Micro Fabrication (BMF)
John is the CEO of Boston Micro Fabrication (BMF) an additive manufacturing technology company with a focus on high resolution, accuracy and precision. From 2016 to 2019, John served as President-Americas for Ultimaker, the leading open source desktop 3D printing company.  From 2012 to 2016, John was the CEO of Harvest Automation.  Harvest developed and deployed an autonomous mobile robotic platform that assists workers with difficult, repetitive material handling. John was VP of Sales and then CEO of Z Corporation from 1997 until 2012.  Z Corporation led the way in introducing fast, easy to use and full color 3D printing into a wide range of industries.  John is also currently the Chairman of Labminds, a laboratory automation technology company and a Board Director at Industrial ML, an industrial machine learning company.  John received a BS in Mechanical Engineering from Cornell University, MS in Mechanical Engineering from Rensselaer and an MBA from Union College.