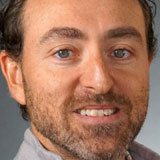 Jonah Myerberg is a Co-founder and Chief Technology Officer at Desktop Metal where he is responsible for leading the technical direction of Desktop Metal’s 3D printing solutions. Prior to joining Desktop Metal in 2015, Myerberg held senior positions with a variety of organizations focused on high performance battery development, including Renovo Motors and Boston Impact, which he founded, and A123Systems. At A123Systems, Myerberg established and led the motorsports business unit which focused on the development of high performance batteries.  His products were adopted by the majority of Formula One teams including the McLaren, Force India, Mercedes Benz, RedBull and other high profile motorsports teams like the Porsche 919 team which won the 24 hours of Le Mans in 2015 and 2016.  He was also a race engineer for Porsche on the 919 team and the Mahindra on the Formula E team.  Additionally, he helped launch Gradiant Corp., where he managed the deployment and operation of large scale water desalination plants that converted fracking water into fresh water. Myerberg earned his B.S. in Mechanical Engineering from Lehigh University and his M.S. in Mechanical Engineering and Manufacturing from Johns Hopkins University.