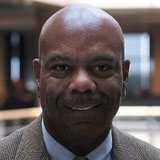 President, North America
Massivit 3D
Kevin has over 30 years of sales and general management experience. Before joining Massivit, Kevin was with HP Inc. where, among several roles, he was the Country General Manager in Canada for HP’s Graphics Solutions Business, including Scitex, Latex, Indigo and Pagewide Web Press and led his team to double digit revenue growth each of his three years there. Kevin was also one of the founders of Novus Imaging, a startup grand format printer manufacturer where he served as President & CEO before joining HP in 2013. Novus Imaging was recently acquired by M&R Printing. Previously, Kevin was Vice President, Worldwide Sales for EFI, formerly VUTEk, Inc. During his tenure there, he and his global team were the undisputed grand format market share leader. Kevin was also an integral part of the sale of VUTEk to EFI and remained in his capacity as global sales leader for several years post acquisition. Prior to EFI, Kevin held senior sales leadership roles for Fortune 500 companies such as Adobe, Compaq and Kodak.