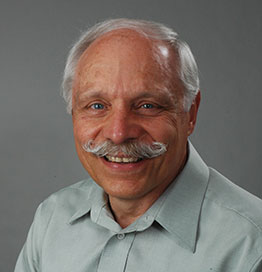 To continue our celebration of the 30th iteration of RAPID + TCT, we asked Howard Kuhn, PhD, to tell us what RAPID + TCT means to him. He has been attending RAPID + TCT for six years.

An adjunct professor at the University of Pittsburgh, Kuhn previously was director of research at ExOne in North Huntingdon, Pa; a founding deputy director of America Makes; cofounder and CTO of Concurrent Technologies Corp. in Johnstown, Pa.; and professor of mechanical engineering/professor of materials science  at Drexel University and the University of Pittsburgh. He received Bachelor of Science, Master of Science and Doctor of Philosophy degrees in mechanical engineering at Carnegie Institute of Technology, now called Carnegie Mellon University (CMU).

What does RAPID + TCT mean to you?
During the 1990s, as CTO of Concurrent Technologies Corp. (CTC), we began our involvement in rapid prototyping with the purchase of a Stratasys Dimension machine for design of naval defense systems. This equipment continued to be of great use at CTC long after my retirement in 2000.

I have attended every RAPID + TCT since 2003 or 2004, I think. In those early years RAPID was held in a Dearborn hotel and the vendor booths were cramped along several corridors of the hotel. Eventually RAPID was held in various cities, such as Orlando and Anaheim, with more convenient convention accommodations.

Why did you first attend RAPID + TCT?
In 2003 I was hired out of retirement to serve as ProMetal director of research for ExOne, which began my serious involvement in rapid prototyping and additive manufacturing. I served in that role until 2008 and then continued as a senior research consultant for ExOne until 2015.

In addition, from 2005 to the present time I have been an adjunct professor at the University of Pittsburgh, where I initiated courses in additive manufacturing and developed undergraduate projects on the subject. I am also involved in research on the application of additive manufacturing to the fabrication of scaffolds from biodegradable materials for bone repair by regenerative medicine.

In 2012, I was part of the team that won the contract for NAMII, the National Additive Manufacturing Innovation Institute, now America Makes.  I served as one of the four founding deputy directors under Director Ralph Resnick, and then became technical adviser to NAMII.

Very conveniently, the following year, RAPID + TCT was held in Pittsburgh, which enabled many of our students at Pittsburgh universities to attend and sharpen their interest in additive manufacturing. A few years later, RAPID + TCT returned to Pittsburgh and the number of students who had been touched by additive manufacturing was much larger; RAPID + TCT, again, served as a focal point to expand their understanding of the breadth of materials, machines and applications as well as career opportunities.

I also teach professional development courses on additive manufacturing for many defense and industrial organizations, particularly the American Society for Materials International. Attendance at RAPID + TCT enables me to keep abreast of the rapidly changing landscape of additive manufacturing and incorporate these advances in my presentations for the courses.

RAPID + TCT provides an enormous resource for access to all aspects of additive manufacturing, from materials to software to equipment and post-processing. Absorbing all of the sights, sounds and presentations in the exhibition provides a comprehensive view of the current state of the industry, which is extremely useful in updating all of the courses I present.

I also appreciate the human-centered aspects of additive manufacturing presented at RAPID + TCT, such as fashion, art and transportation. This is extremely useful in teaching non-technical courses of general interest to the public, particularly the Osher Lifelong Learning Institute courses given at Pitt and CMU for older students.

Thank you so much for sharing your story with us, Dr. Kuhn! We appreciate your excitement about RAPID + TCT and all the time you’ve spent with us.